WESTERLY — Once a month, residents at The Elms retirement residence get fish and chips for dinner — a little indulgence in a mostly healthy regimen.
But the fried food is more than just a treat. It serves an even bigger purpose: every drop of grease generated from the meals is helping keep families warm through Project TGIF — Turning Grease Into Fuel

“Elms residents and other seniors continue to be interested in learning new things, and in current concerns such as saving the planet, no matter what their age,” Marjorie Crandell of The Elms said. 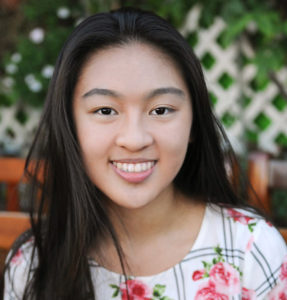 The Elms was the first business to sign up with the TGIF recycling program, the brainchild of 10-year-old Cassandra Lin in 2008. Lin, now 17 and a senior at the Williams School in New London, created TGIF to help the less fortunate in Westerly, where she and her family live.

Lin and her team of friends have made headlines with their organization, which collects used cooking oil from restaurants, businesses and homes, refines it and then distributes a percentage of it to families who can’t afford to heat their homes.

But in the newest mini-documentary about TGIF — it will be shown at the 2015 United Nations Climate Change Conference in Paris at the end of the month — one main focus of the film will be on the community.

“They really like the idea of how the town has rallied around the idea of TGIF,” Lin said. “They really wanted some beauty shots of Westerly. We’ve really had a lot of help and so many people and businesses have supported it.”

The Elms, Pleasant View Inn, The Haversham Tavern and Pick Pockets Deli are some of the businesses that will be featured in the film that Susan Sarandon’s firm Reframed Pictures is producing. The crew filmed around town in early October, including at Westerly High School. Superintendent Roy Seitsinger Jr. was interviewed, too. 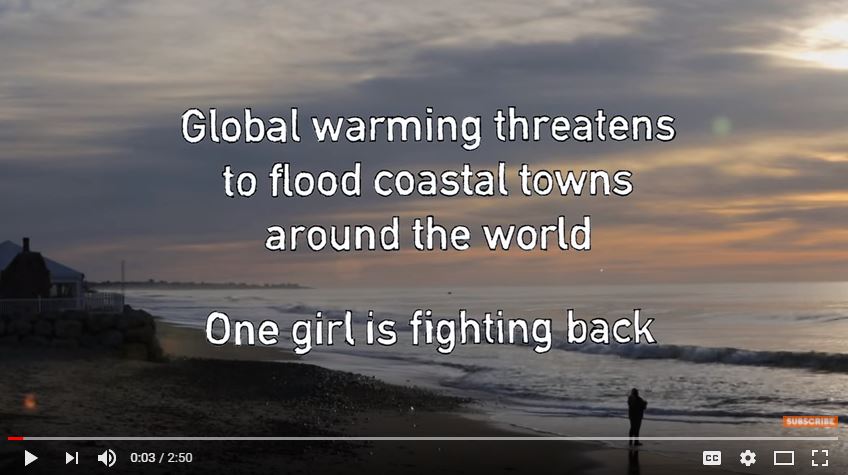 “We spent three days filming Cassandra and the residents of beautiful Westerly, Rhode Island, so we could tell the story of a town that rallied around a 10-year-old girl,” said producer/director Alexandra Dean, of Reframed Pictures, a film, television and digital production company in New York City.

“It’s an inspiring story we think our viewers will really love.”

Dean said the Environmental Protection Agency estimates Lin, her teammates and those in the community who are involved are responsible for offsetting three million pounds of CO2 emissions.

“We were the first business to sign up with TGIF, as our owner and our residents saw the value in giving back to the local community, as well as in supporting Cassandra’s good work,” The Elms Administrator Mark Taylor said. “We empty our kitchen oil into a receptacle provided by Newport Biofuels, who picks up periodically. We do not have nearly the volume that an outside restaurant would have.”

“I was trying to talk about biodiesel and just could not get anywhere with it,” Cooke, who also was interviewed for the upcoming documentary, told CNN. “And (Cassandra) came along and did it, to get restaurants to recycle their grease. … The fact that it was coming from kids made it hit home a lot harder. ‘The child shall lead them’ sort of thing.”

Lin and a group of her friends eventually formed the Junior Westerly Innovations Network Team, dedicated to helping the community and environment at the same time. Members of WIN, as it’s known, have been recognized, honored and made presentations across the U.S and around the world:

John Perino, now a senior at Westerly High School, was featured in the February 2012 issue of Reader’s Digest, and the team was on the cover page of the Chinese World Journal (North America’s largest Chinese newspaper) Weekly Magazine;

Lin visited Kenya in February 2013 to present about TGIF at the GISS Conference at the International School of Kenya in Nairobi, and she was invited as a guest lecturer at San Jacinto College in Houston in February, 2015;

In September, Lin was invited to go to Chelsea Clinton’s “It’s Your World: Get Informed, Get Inspired and Get Going!” book release/book signing event. Project TGIF was featured in the book.

So far more than seven organizations have made documentaries about TGIF including MTV, Ivanhoe news wire, CNN Heroes, Phoenix TV (China), Brower Youth Awards, Nickelodeon and Disney. Upworthy is the latest one. “The story will go on the Upworthy site where we hope millions of people will watch it and be inspired by Cassandra’s idea,” Dean said.

Lin, who wants to attend Stanford University after she graduates and is undecided on a major, said her passion for the environment has gone a “long way,” but she isn’t finished. “It’s been really great what we’ve done over the year,” Lin said. “The town council, businesses and residents — everyone has helped. Now we’re working toward spreading the word to all of Rhode Island, Connecticut, Massachusetts … all of New England. That’s our next goal.”

An Interview with Owner Guy Maiorano →

Give The Elms a Try

See What Makes The Elms Special

Enjoy the charm of Victorian architecture, spacious and relaxing community rooms and outdoor spaces, a vibrant and historic downtown and local community, and award-winning care that is always close at hand.